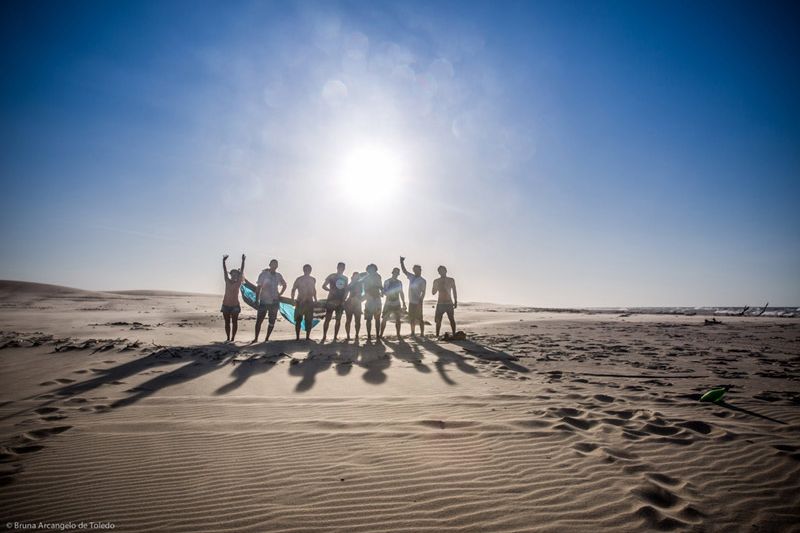 We completed our century ride, kiting more than one hundred kilometers along the Brazilian coast in one day. We also went back in time over a century. Life along our route has been sparse and infrequent. We are the only people, or civilized life along the route. But there is plenty of wildlife. Today we are leaving the state of Ceará, completely crossing the entire state of Piauí, and arriving in the sate of Maranhāo located on the edge of the Amazon jungle. Soon the dunes will start to transform into the lush jungle of one of the most magnificent ecosystems on the planet. And we'll only touch the edge.

Leaving Vila do Itaqui we have an incredibly long tack out to sea to cut the angle around the next point, the pier of the town of Luís Correia that extends out into the Atlantic more than two kilometers. To cut the angle across the bay, the tack is a 5km straight shot across not the smoothest seas. But great training for straight line speed as the wind angle is perfect to lean way back in my harness to leverage the shit out of my kite and put the pedal to the floor. As fast as I went, Mitu still pulled away from me. Turns out he also has fantastic straight-line speed. Like I should be surprised.

Around the point and into the bay, we've now reached the best waves of the trip. Even on a satellite map, you can see how the coastline changes to perfect white sand beaches and a pounding beach break with a serious current. The coast extends as far as the eyes can see, and so do the waves. From here until the end, the waves will be amazing and plentiful. After a quick regroup, we set out for the final leg of our journey.
Watching Sebastian and Mitu ride these perfect overhead waves, you can see that they are surfers first, and then kite surfers. How they read the waves, always in the right place at the right time is no accident. Wave after wave they drop in and cutback like I've only ever seen done so smooth on a flat screen device broadcasting live from the world surf league. Board control like Tony Hawk in a liquid skate park. Watching the subtle technical things like foot placement, board position and kite angle was a PhD course in kite surfing at Harvard. Athletic talent only a select few on this planet posses. Amazing and inspiring to gaze upon. Like watching Jordan in his prime.
For endless miles we frolic down the coast in amazing set after amazing wave set. Alone in a playground that seems like it was built just for us. Waves of perfect weight and size. One perfect fins out cutback, and it seemed like time stood still, if only for a minute. I'll remember that cutback forever. 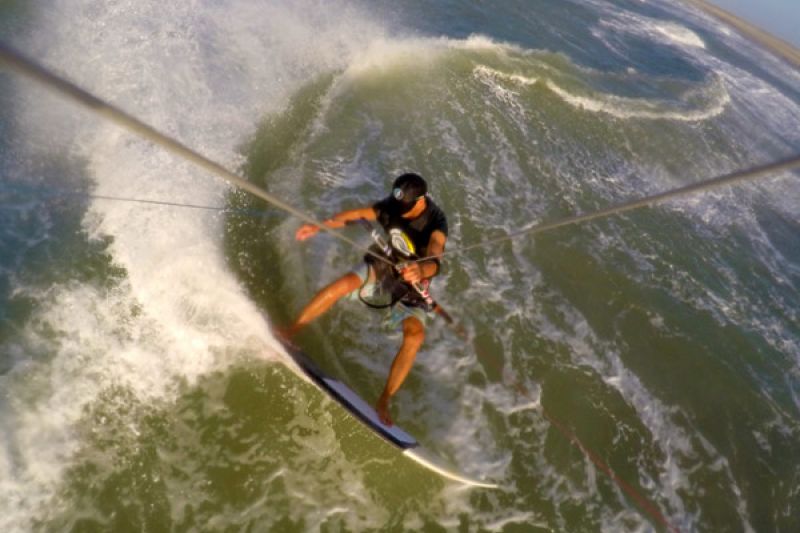 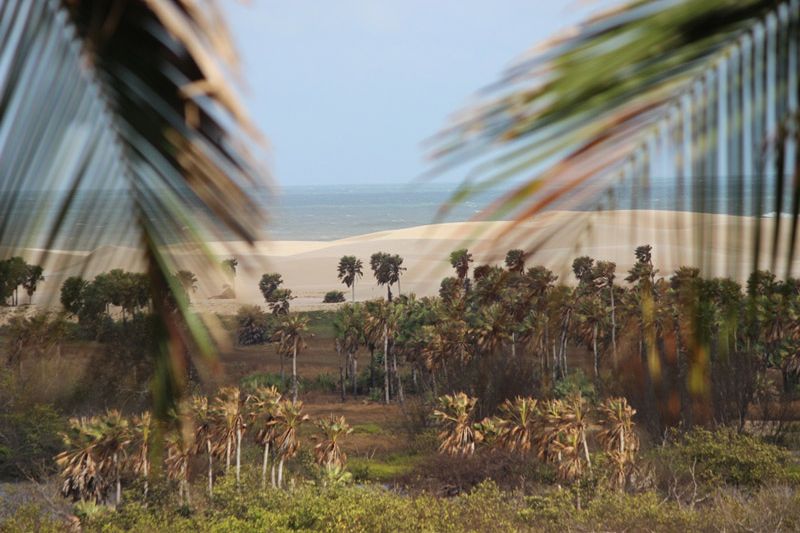 On the most perfect deserted dune beach, we land our kites beside a thatched roof structure that has no walls. Waiting for us is a cooler full of cold beers, fresh fruit, and assorted treats. Celebration food. We've completed our journey and arrived at our final destination, Ilha dos Poldros. An island in the delta of the fantastically long Rio Parnaiba River, that branches out from deep within the Amazon. Ilha dos Poldros is a glimpse into the wild and untamed nature of the Amazon jungle. The ever shifting dunes crawl across the landscape eating up portions of the jungle as it snails along the coast. Behind the dunes the island turns to jungle and rises to several small mounts, lush and full of jungle life.
Monkeys, crocodiles and capybara, the largest fucking rodent you’ve ever seen, run free in the forest. We hang out on the beach near our hut for a while drinking our ice cold beers, sharing smiles and stories of our last eight days at sea. We watch the sand get blown over the dunes like a fine snow rolling across the cold prairies where I grew up in the middle of January. Amazingly similar view and formations from these two different flowing micro particles being carried by the strong breeze. Almost the same except for the sixty degree Celsius temperature difference. 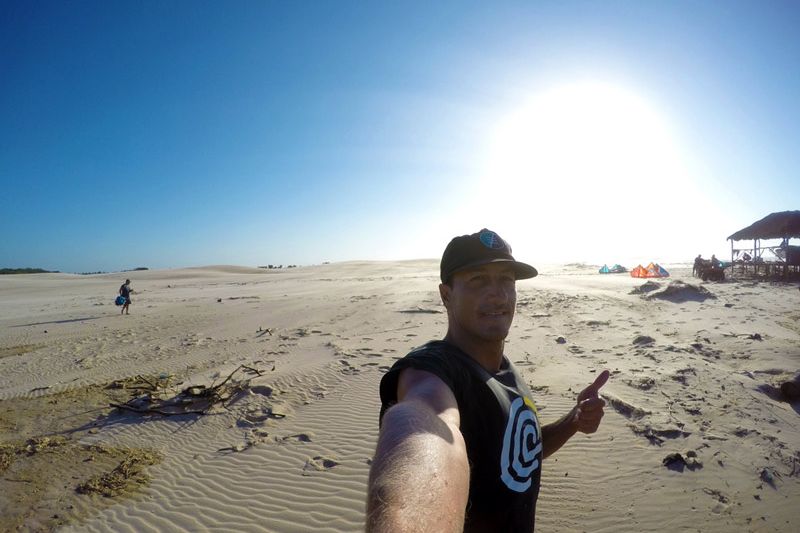 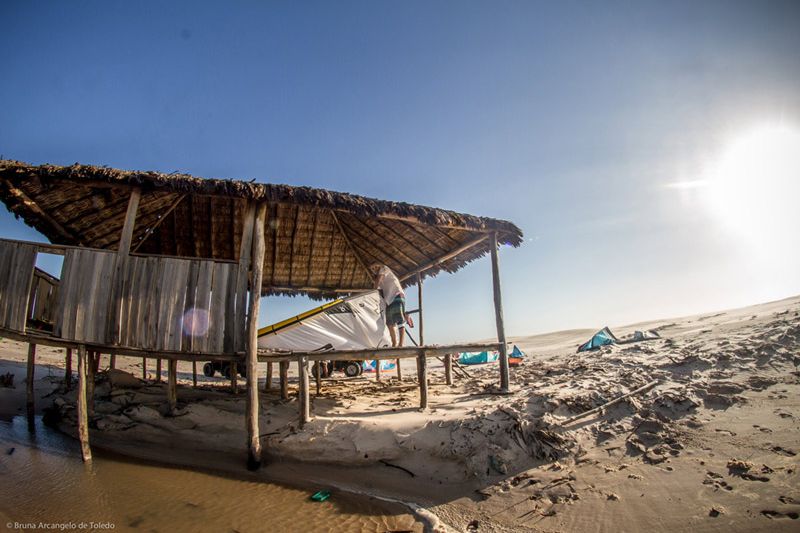 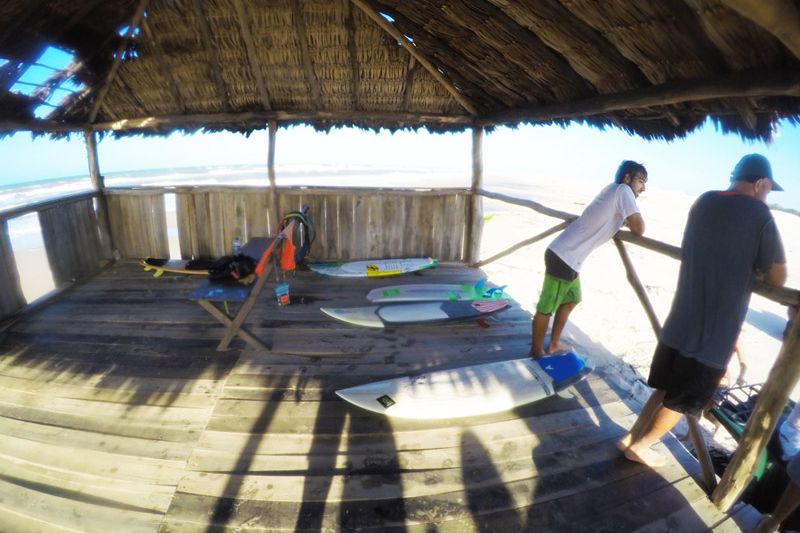 Two small ATV's come over the dunes to help shuttle us and our gear to the waiting tractor that will carry us up into the mountains where we will be spending the night in the only buildings on the island. The main house and the small guesthouses are a beautiful oasis with a bird’s eye view of our wild surroundings. From our perch we can see around the island and how the landscape is a battle between ocean, dunes and jungle. The views are spectacular, and animals run free across our path. We are at the edge of the biggest jungle in the world, and it is incredibly impressive. 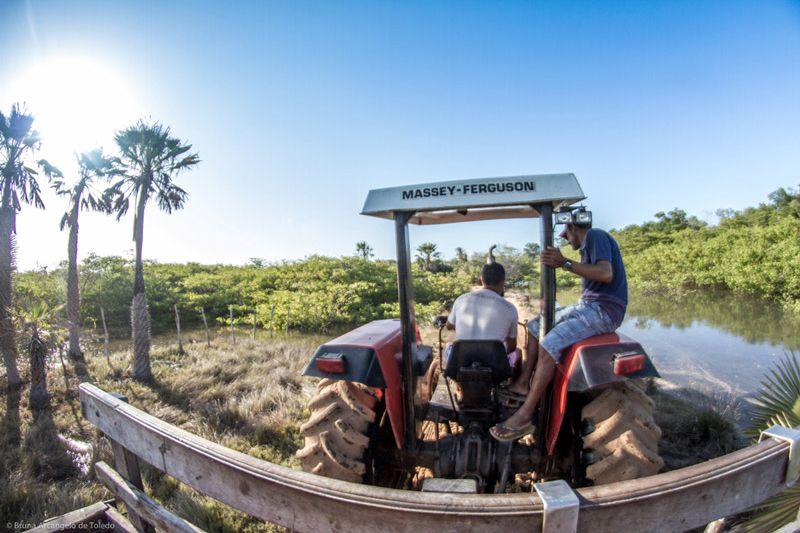 The sunset is spectacular as always as the moon rises on the opposite side of the planet. The shadows cast off the dunes creates a stunning contrast between the jungle, sand and ocean. Birds of prey, and birds of magnificent color fill the skies over our heads. In the trees you can hear monkeys rumble in the jungle, laughing and hollering as they chase each other from branch to branch. Capybaras run across the small openings in the dense foliage. They are so large they look like small bears. Now I know why the dog is missing a piece of his ear, and is always ready to drop the gloves like a UFC fighter. 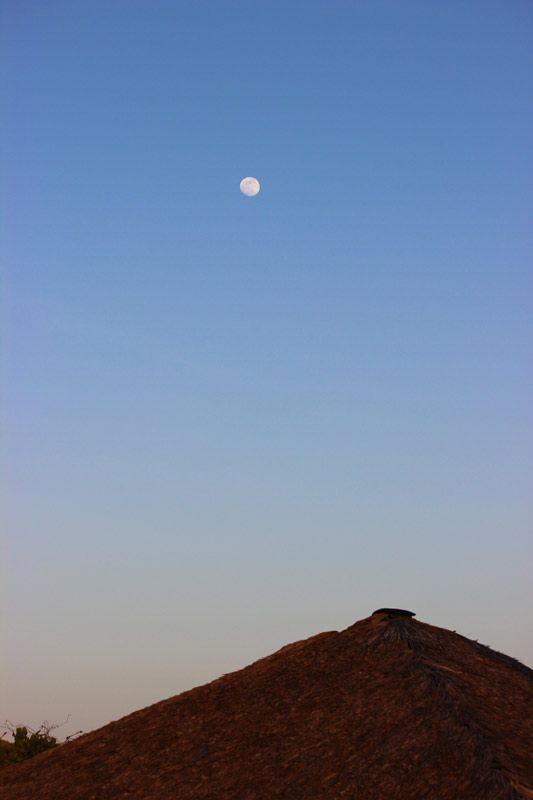 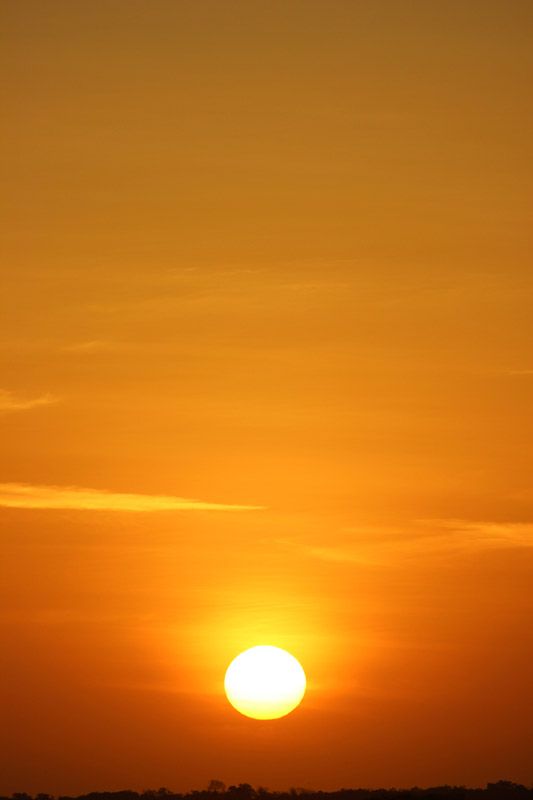 Dinner feels like home. A table too small, it can't fit all of us. So like a family, we split up and eat at the counter, and on the couch in front of the TV. Sebastian like every twenty year old kid grabs an impossibly sized portion of food, enough to feed 3 grown men, plops on the couch, and puts on Brazil's most popular cop movie Tropa De Elite. Norm leads the conversation at the table, and Sugeri keeps him humble. Like a family we've come to know each other very well in these intense eight days. Everyone loves the company we are in. This small house on the edge of the Amazon feels like home. 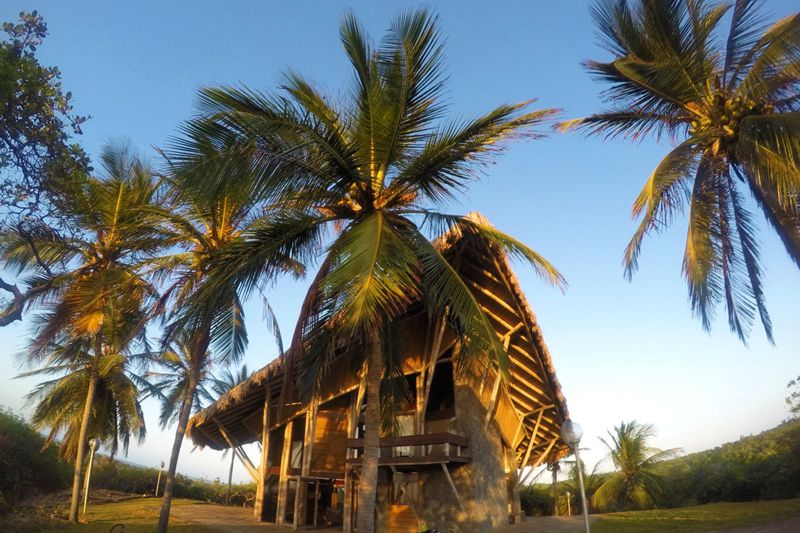